After building their headquarters in Barcelona, MM commissioned us to join the technical staff who had been working on this project for 6 years. The building was classified as historical, despite it not having much value. The easy way would have been to adapt to the license it had been conceded, but all that takes too much effort and buildings last too long to let pass up an opportunity to try to build something interesting, instead of the anodyne devotion to mimicry. An opportunity not taken advantage of is an opportunity lost (“once is enough”, Kundera would say).

It was rather evident that a better distribution allows for better work conditions and even at times, the chance to gain consulting offices in respect to the imposed program. But the true warhorse was this double skin whose slats will line the addition and create a dialogue with the old windows converted into new box-like structures, so that the addition crown-shape does not seem to be, like so many others, an ice cream with two clashing flavors. Behind this idea, in its own way, are so many projects ranging from Ben van Berkel to Steven Holl, from Tuñón and Mansilla to Enric Miralles, all who encourage us to keep up the fight. 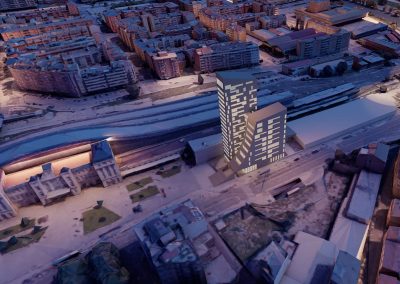 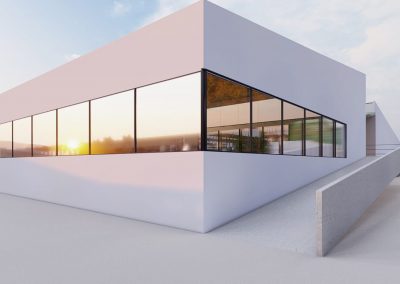