The owner wanted to organise a contest between 3 architectural offices but, after listening to our explanations about where the world of work is going and what we proposed, decided to entrust us the project, under the premise that, with us, it would come out a magical project. The triangular plot and more than two meters of altitude suggested us to make the structure apparent. The triangle is bite to bring the light inside, while the plants are disposed around the entrance hall at triple height, and the facades are covered with a GRC double skin, sometimes solid, sometimes perforated, to play on the effects of light inside, creating aqueous effects, behind the sheets. While pedestrian access is done on one side, the road is designed in the opposite facade, to take advantage of the level and to dig less. The interior conserves the spirit of “The Box in the box” that the interior designers Denise & von Arendt have already made in the current headquarters of the company and with whom we have developed this project. 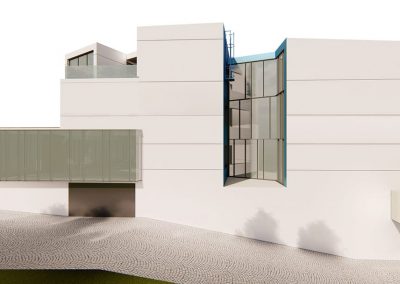 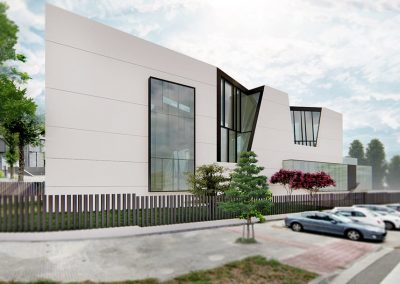 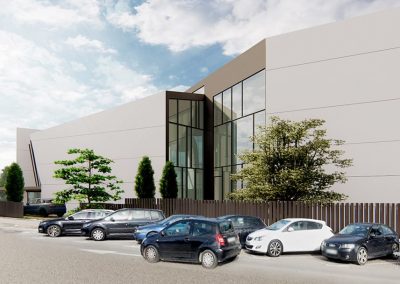 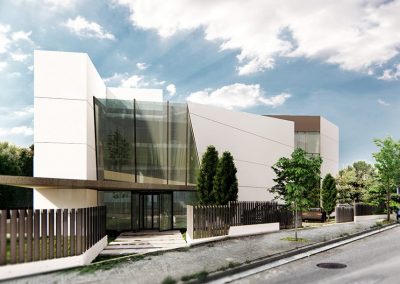 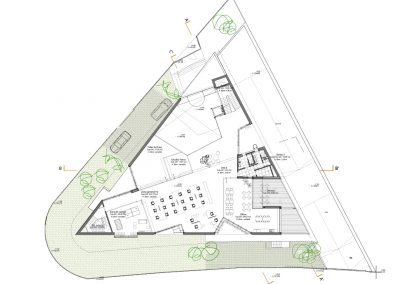 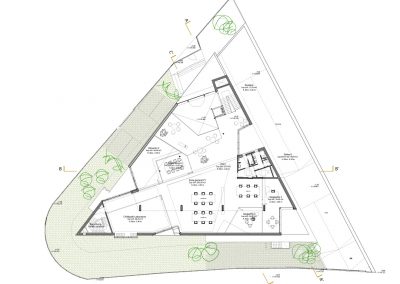 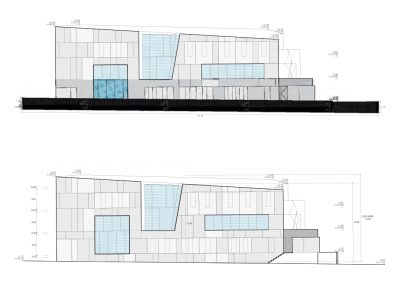 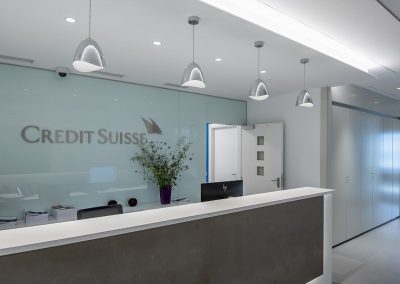 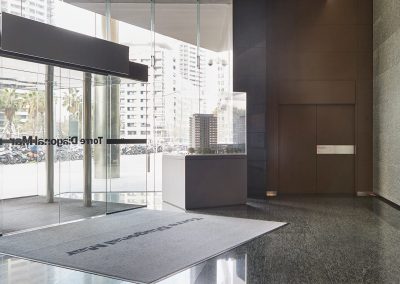