The project aimed to establish itself as a symbol that the community could take over.

Competition in which we were selected in the second round of 160 entries to build a secondary school, with an elementary school (courtyards of both should be adequately segregated), cafeteria, management services and multipurpose rooms (which, as with the sports fields could be used by people of the township outside school hours) and parking. The project should also provide for the future growth of each of the respective units. Since the public will give the whole, the project is resolved from a single gesture that, like a drawn bow, builds a deck, under which the different parts are arranged. The elementary classrooms are opened inward, protected by the building itself, while the secondary opening to the outer limits of the plot. Beyond complying with the strict French regulations, the project aimed to establish itself as a symbol that the community could take over. The jury did not understand anything (just look at the proposal that won the completion in a sweet village style). Project made with the Atelier de Catherine Boidevaix. 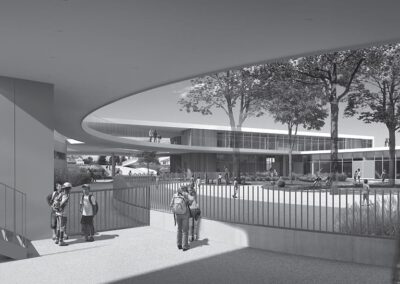 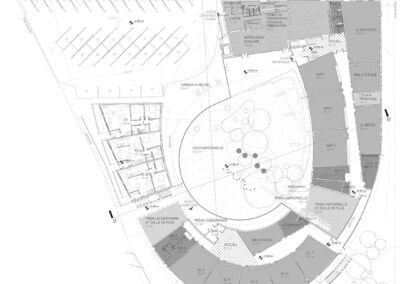 Hall of Spain in the Shanghai Expo