As in tennis, sometimes, in life, you have a second service.

The final version that is going to be built born of understanding the building as a series of different layers that open and superpose themselves in a singular interpretation of the CERN logo. Part of the ground floor is a public concurrence building (auditorium, cafeteria, private restaurant on the mezzanine) while the other parts are used as laboratories and offices. In between, the building generates an open space with access to a porch must be a common terrace.

The building is completed on top with two floors that overlook cantilever over each other. Finished in lightweight reinforced concrete (GRC) and composite slats, the building will be devoted to the computer control of particle accelerators at CERN and will have the status of Green Building. 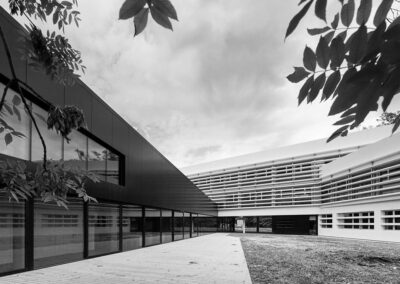 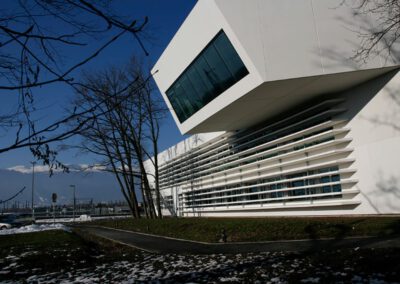 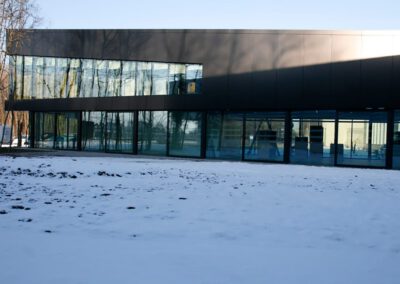