Own publication
2016
Rehabilitation. Dealing with History

Increasingly, our destiny as architects will be to work in established environments. The urban condition is the environment in which we develop and for a single-family home that we build, we will make collective housing, offices, sports centers, shopping centers or equipment of all kinds, in full urban centers and in most cases, reusing old buildings… Thus, the question, the doubt as to whether “to rehabilitate or innovate” has encouraged, for years, endless debates and courses in which I am used to participating… Tradition or creation? They asked me, once, as if the two terms were opposites, between which one was forced to choose … day or night? Blondes or brunettes? What did the other say, until the smartest one answered, one day, that it depended on the blonde … And how right … Because the only rule is that there are no rules. The problem with unanswered questions usually lies more in the question (often poorly formulated) than in the non-existent answer.

Rehabilitating is, on the other hand, misleading and confused terminology. Because the prefix Re- seems to suggest recovering, going back to a past, to a state of things that often never existed previously. In the 80s we rehabilitated old residential buildings to turn them into rental offices (it was fashionable, understood by being fashionable, for the Landlords and developers, which was more profitable) while now, we rehabilitate old factories or disused commercial buildings to establish lofts and luxury homes in them, which break the usual molds, in the heart of the city… Nothing has to do, neither in one case nor in the other, the result with the preexistence from which we started… In bilingual Spanish / English.

They say that we are what we eat, but fundamentally, we are what others thought before us and we make our own or not… Without knowing what those who preceded us did, we will hardly find our place or...

END_OF_DOCUMENT_TOKEN_TO_BE_REPLACED

The book collects some of the series of interviews published all of them in the magazine t18 that seek to delve into the relationship between architecture and other bordering disciplines to see how...

END_OF_DOCUMENT_TOKEN_TO_BE_REPLACED 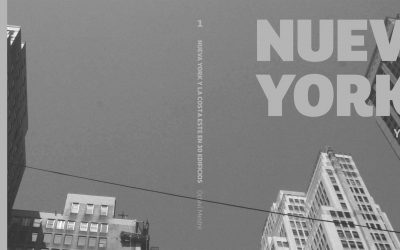 I will think that architects are most likely to talk about who they are not and these is the reason of that collection of ´Architectural Guides for non-Architects’ in which I explain in a planned...